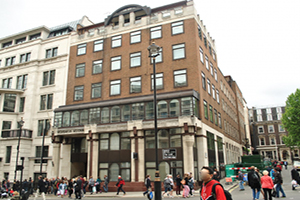 After considerable lobbying by the Trust, an application for the demolition and redevelopment of Windsor House, which included the whole of the south elevation of Bennet Street, was refused planning permission in March 2007. The proposed redevelopment was typical of banal architecture that was inappropriate in the core area of St James’s. Although it has a relatively small frontage onto St James’s Street, it extends the whole length of Bennet Street and into part of Arlington Street. Furthermore, the site is in the very heart of historic St James’s, being in close proximity to the Ritz Hotel and several famous buildings such as White’s, Boodle’s, Brooks’s and the old Devonshire Club (50 St. James’s Street, currently being improved from a former casino into a members club). As a result of the Trust’s efforts, the building was redesigned to a higher standard and granted planning permission on 26th July 2007, with completion date expected in 2015/2016.