The St James’s Conservation Trust is a local group of residents and business interests that has been working for over fifteen years to protect and improve the beautiful and historic area of St James’s in the heart of London. 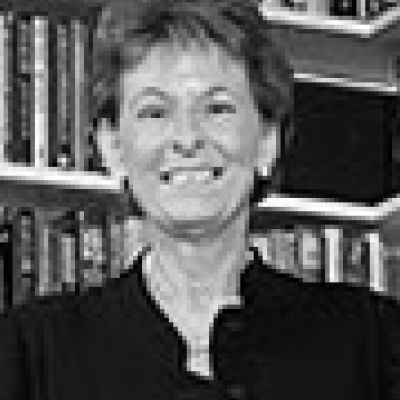 Lady Helen Olga Hay, better known by her political name Lady Olga Maitland. The daughter of Patrick Maitland, 17th Earl of Lauderdale. She has had a career as a Fleet St Columnist and Member of Parliament with special interest in education, defence and foreign affairs. Founder and President of the Defence & Security Forum and CEO International Association of Money Transfer Networks since 2005. 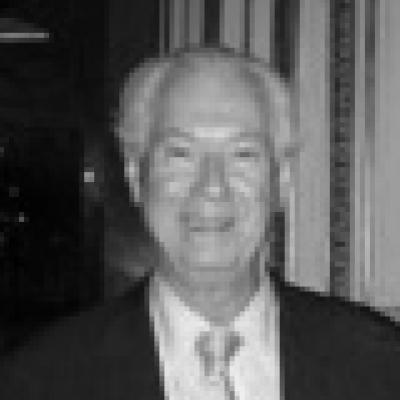 Mr Beveridge, founded the Trust, with The Hon. Dominic Elliot in 1998, then being vice Chairman. He was Chairman between 2003 and 2013 and has taken an active interest in the running of the Trust. He is a retired Queen’s Counsel and lived in St. James’s for over 30 years. He is a member of various St. James’s Clubs and a Freeman of the City of London. 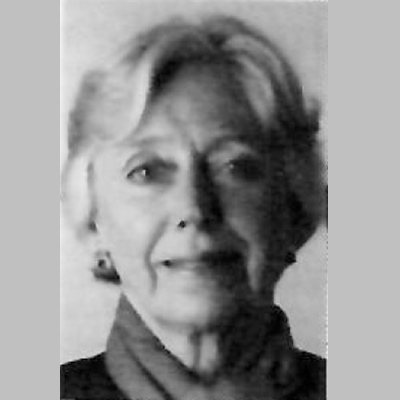 The Baroness Hooper CMG, of Liverpool & St James’s in the City of Westminster has lived with her sister in St James’s for over 30 years. A lawyer by background, she was elected to the European Parliament in the first direct elections in 1979 and appointed a Life Peer in 1985. She has served in the House of Lords as a Minister and Deputy Speaker and lists Cultural Heritage as a special interest as well as International Relations with particular focus on Latin America. She is a member of various organisations in St James’s, including the In & Out Club. 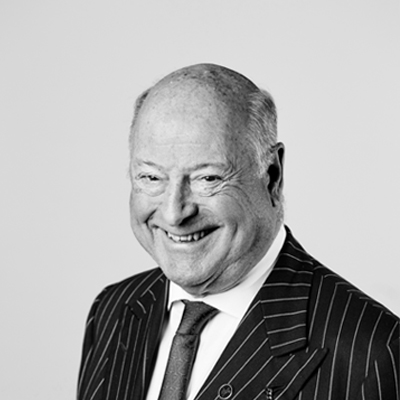 Andrew Love is married with two children and lives in Hertfordshire. Andrew is a chartered accountant, most of his career has been spent in the luxury hospitality industry. He continues to hold positions as non-executive Chairman of The Ritz Club and non-executive Deputy Chairman of The Ritz Hotel. He is a Council member of Mayfair & St James’s Association and the Jermyn Street Association, as well as Director of the Heart of London Business. Andrew is a tireless fundraiser and in the past has served on several high-profile charitable committees. He is currently an Ambassador for the Stroke Association. 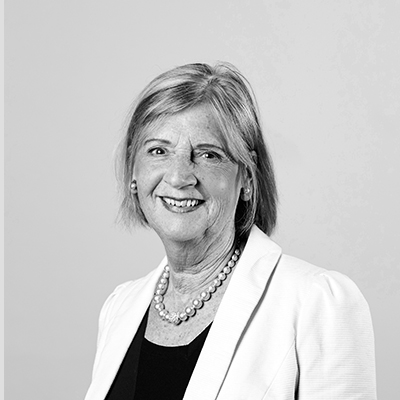 Mrs. Chichester came to live in her husband’s family home in St. James’s for over 20 years. Her husband was born here and it is where his father, Sir Francis Chichester, planned his famous around the world voyage. The family ran their map publishing company from the house until the company closed in 2013. Mrs. Chichester became a member of the St. James’s Residents’ Society soon after it was founded by the Hon. Dominic Elliot, and remained as a representative of St. James’s when it combined with Mayfair. She is chair of the Mayfair and St James’s Safer Neighbourhood Panel. 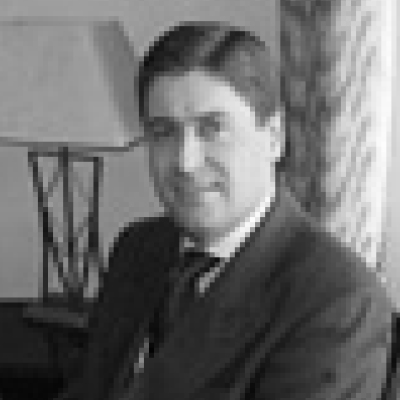 Jeremy has been a Trustee since 2003. He has been a Banker since 1979 and has been based in St James’s for most of his career, which has included working with Hill Samuel and Adam & Company. He is now Managing Director of Hampden & Co., a new Private Bank. Jeremy has a particular banking interest in the Art market. 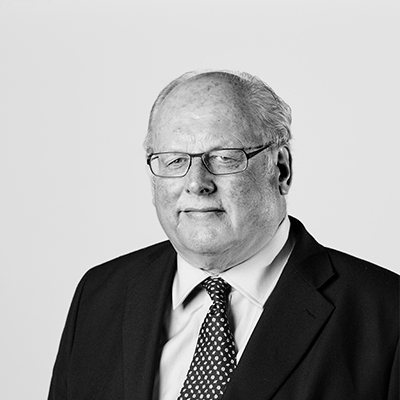 Nicholas Turner has resided in St James’s for 40 years. He is active in business as a director of various companies and is a trustee of several family trusts. He is involved in the local affairs of the core area of St James’s and has served on the Mayfair & St James’s Metropolitan Police Safer Neighbourhood Panel since its inception. He is a longstanding member of the Turf Club and his interests cover architecture, conservation and property related activities. 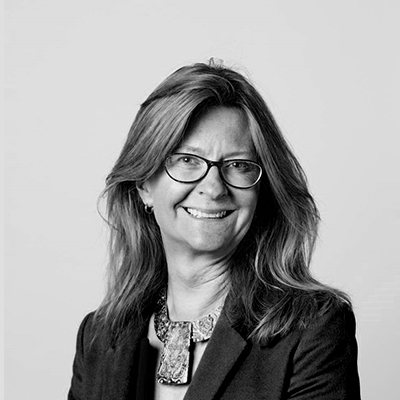 Kate Hobhouse was made trustee in late 2013. She has been chair of Fortnum & Mason since 2008, having worked in the business throughout her career. She is a trustee of the Garfield Weston Foundation. 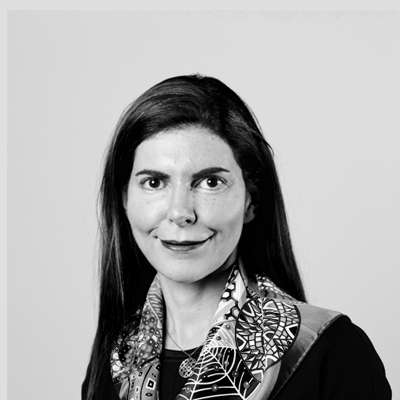 Carole Whittall has lived and worked in St James’s since 2002 and has a strong interest in preserving the area’s unique cultural and architectural heritage. She is a Vice-President at ArcelorMittal. Previously, she was with Rio Tinto where she held various senior commercial and business development roles. Her prior career was with JP Morgan and Standard Corporate and Merchant Bank in corporate finance. 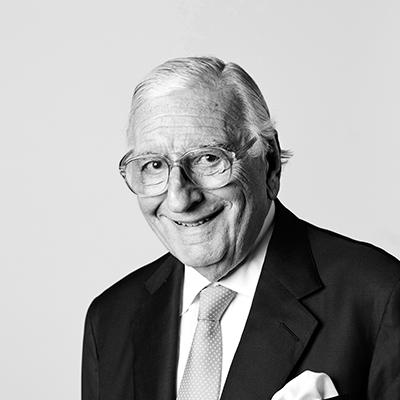 John Bodie spent his entire professional career, spanning more than 60 years, with a leading firm of West End Chartered Surveyors, where he was senior partner for 26 years. John is now a consultant to Mellersh & Harding, who specialise in the St. James’s area. During his career, he has been a director of and adviser to many well-known property companies and family trusts. Until recently, John was Vice Chairman of the Development Trust of National Museums Liverpool, where he supported many projects, including the creation of the International Slavery Museum. John has been a benefactor to many educational and charitable projects, including Atlantic College, The Bradfield Foundation and The Highgrove Florilegium. He is a Liveryman of The Worshipful Company of Gardeners, highlighting his interest in horticulture and the countryside. 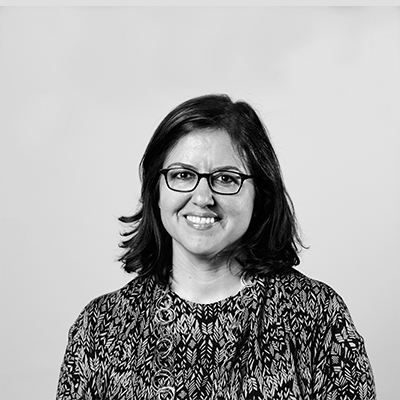 Dounia Nadar has been living in St. James's since 1995. An active patron of the Arts, she is involved in numerous charities and currently serves as Chair of the International Council of The Wallace Collection. 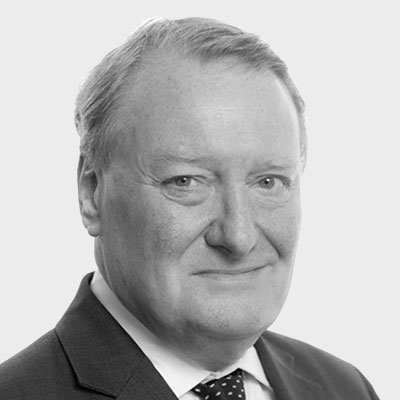 Roger read Land Economy at Cambridge before joining DE & J Levy (now Levy Real Estate LLP). He was appointed Senior Partner in 1997 and became a consultant to the business in 2012. He specialises in West End retail and restaurant properties, dealing in professional work as well as market transactions. He has served twice as Chairman of the Restaurant Property Advisors Society and as well as being a Trustee of St James’s Conservation Trust is Chairman of the St James’s Neighbourhood Planning Forum. 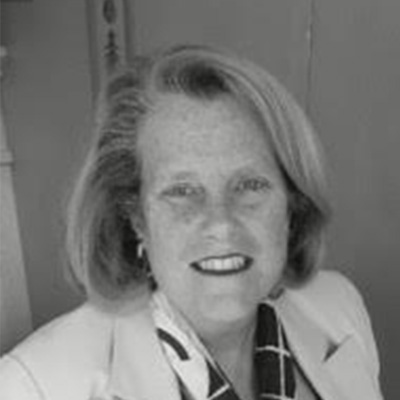 Molly Lowell Borthwick is a resident of St James’s and serves on the Board of several London based arts and heritage organisations. 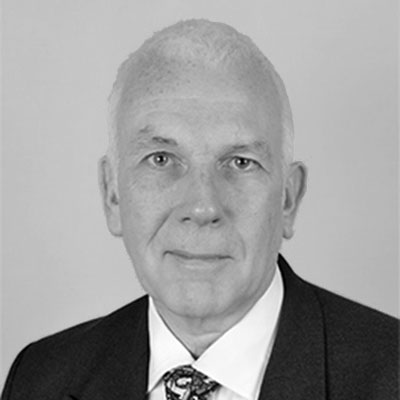 Martin Low is a Chartered Civil Engineer with 42 years experience gained whilst working for local authorities and the former Traffic Director for London. He has served on the Department for Transport’s UK Network Management Board both as a Board member and its Chairman, been President of The Local Government Technical Advisers Group and Chairman of the National Traffic Manager’s Forum. He held several chief officer posts with Westminster City Council between 2005 and leaving the City Council on 30 September 2016 as Director of Transportation, City Commissioner of Transportation and City Transport Advisor. He is currently a Director of City Transportation Solutions Limited, providing strategic advice to clients in relation to city transportation projects and developments and assisting in securing the statutory consents and works associated with them. This includes helping clients negotiate with approvals required from local government, regional government, national government and the utilities. He is a Liveryman in The Worshipful Company of Masons where he serves as a Court Assistant and as Chairman of the Craft and Training Committee. His expertise is being used to assist the St. James’s Conservation Trust using his public sector experience and with relevant understanding of the organisations and communities in the City of Westminster at all levels of government and commerce. 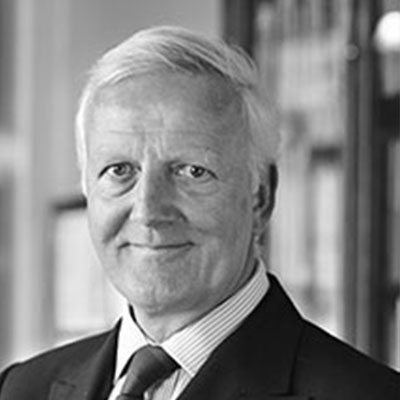 Club Secretary, The Royal Automobile Club Miles Wade has been Club Secretary of The Royal Automobile Club in Pall Mall and Woodcote Park since 2013. The Pall Mall clubhouse was opened in 1911 and is the most used by the 17,000 members, many of who reside or work within St James’s. He is the Association of London Club’s representative on the St James’s Neighbourhood Planning Forum. Previously, Miles was Chief Operating Officer of the Prince’s Foundation for Building Community, having served as a British Army cavalry officer for 33 years finishing his career heading up the British Army’s communications, having commanded the Army Southern England region. He is an ambassador and trustee of two other charities: Toe in the Water and the Army Sailing Association, delivering sail training for able and injured soldiers. He is married to Anderley with 3 children who now out-ski him off-piste.

Christopher Fenwick has spent most of his career with his family business of Fenwick in Bond Street. At the millennium he instigated and chaired a Board of Trustees to raise a statue of Beau Brummell in Jermyn Street, the very centre of London's gentlemen's business. This was unveiled in 2002 by Princess Michael of Kent, Patron of Jermyn Street. A Trustee of the St. James's Conservation Trust 2006-2011, he rejoined the Trust in 2017. 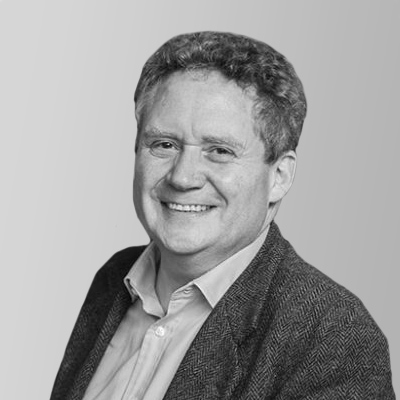 Having spent 30 years running trading floors in the City and Canary Wharf, Grant’s next career move wasn’t obviously to become a hospitality professional; but too many hours spent scanning the wine lists of the West End’s restaurants looking for wines that were not triple their market price convinced him that there had to be another way… It is fitting that as a former banker he was the one to take on Hambros’ former west end branch on Pall Mall in St James’s, to create a temple to wine rather than to mammon. Having been empty for 15 years, the building was crying out for a 21st century purpose, which its location in the heart of Clubland, with its illustrious wine neighbours fitted the Club’s needs perfectly. Grant’s financial career started longer ago than he cares to recall at Samuel Montagu & Co, before progressing via UBS and Salomon Bros, to become Head of European Credit Trading for Barclays Capital. After a stint as CEO of Infinity Capital Markets and as a partner in a hedge fund, Omni Partners LLP the commitment required to take the 67 Pall Mall concept off the drawing board and to put it on the map became too much and he left the financial world to immerse himself (willingly!) in wine. 67 Pall Mall, St James’s, opened with a full Members list in December 2015, and is home to the largest collection of wines by the glass in the world, with 4000 bottles on the list.