Why St. James’s is unique 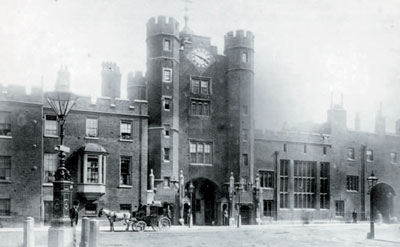 For several hundred years, St. James’s was at the heart of national life and it is still in the heart of London, today. It is only a few hundred yards from Buckingham Palace and the Palace of Westminster and close to Piccadilly and Leicester Square immediately to the east. Its character has kept pace with the demands of a modern city but, perhaps because it is protected on two flanks by St. James’s and Green Parks, it retains signification elements of its historic past. Apart from the Palace itself, and the broad thoroughfare running through it from Waterloo Place to Piccadilly, there are 150 listed buildings in these few streets, while its collection of historic clubs and shops is unique in the world. In Berry and Rudd one finds a shop still under the guidance of a Mr. Berry, which has a weighing book with contemporary entries from Byron, Brummel and Prinny, among other names, which link us to the past. There is still a Mr Lobb in Lobbs, and a hatter, a chemist, a cheesemonger and a perfumier, still in family ownership after 200-300 years. Until very recently, the record was held by Spinks, with a Mr. Spink present, since the 1660’s. No doubt the members of the St. James’s Clubs patronise these shops, as earlier members of the same clubs left the same chairs to shop, all down the years.

The Trust does not seek only preservation of the past, but seeks continuity. Without most careful planning controls this special area would soon resemble an annex of the City, as developers, striving to make a profit for themselves and their investors, maximise the use of the land from a purely commercial standpoint. The profit motive is the engine of development, but other values must also be allowed to exist. There is a need for diversity in a city like London. The adjacent entertainment village of Piccadilly, Leicester Square and Soho, have a character and history of their own, which should be respected, but not allowed to overrun the character and history of St. James’s.