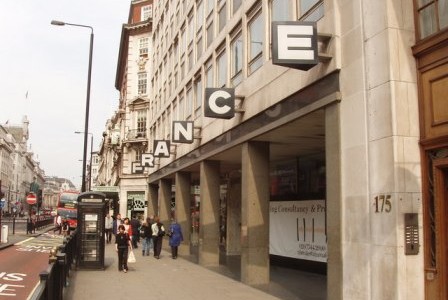 In June 2007, the Trust was advised by the City Council of a planning application to demolish the existing, unattractive 1960s concrete frame buildings at 177-179 Piccadilly and 48-50 Jermyn Street and to redevelop the site running along one side of Duke Street between Piccadilly and Jermyn Street. The new 8 storey development was to comprise retail at ground floor level, offices at first to fifth floor levels and eight residential units on the top two floors. Although the Trust accepted that the design of the proposed building had considerable merit, it objected strongly both to the developers and to the City Council on the grounds of excessive height, bulk and monolithic style. Sadly, by a majority vote, permission for the proposal was granted, although it amounts to an increase over the present site content of about one third. However, it did not receive freeholder’s approval for development at the time from The Crown Estate and interim improvements have been made to the existing building with no negative impact on the area.